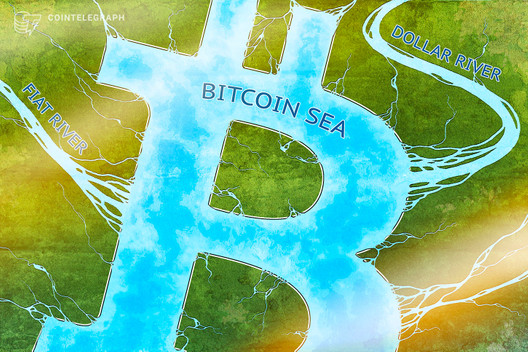 The price of Bitcoin can reach $100,000 and remain stable there if $90 million worth of BTC is absorbed every day.

Industry executives and famed technical analysts including Morgan Creek CEO Mark Yusko and trader Peter Brandt predict Bitcoin (BTC) to reach $100,000 in the long-term. For that to happen, the top cryptocurrency needs to see consistent accumulation.

According to options trader Theta Seek, for the price of Bitcoin to remain stable at that price point, investors need to invest $90 million in BTC every day.

Is $90 million inflow into Bitcoin on a daily basis realistic?

The $90 million figure is derived from the total amount of BTC that miners can mine per day. After the 2020 halving, miners can generate up to 900 BTC every day.

If the price of Bitcoin reaches $100,000, 900 BTC will be equivalent to $90 million. Data from ByteTree shows miners sold all BTC they mined in the past week, likely to cover operational costs.

Given that miners typically sell what they mine on a regular basis, the assumption that the selling pressure on Bitcoin may reach $90 million when BTC hits $100,000 is reasonable.

Theta Seek explained that one way to think about the accumulation of such a large amount of Bitcoin is to envision consistent buying demand from retail investors. The trader said:

“At 100K per BTC, the market has to absorb a miner supply of $90 Million USD daily. Assuming that there are 10 million people worldwide buying BTC on a regular basis. It would cost them each $9 daily to sustain those price levels. I've met people who spend more than $9 on coffee.”

The trader added that hodlers—a term used to describe long time Bitcoin holders—have not sold throughout the past three all-time highs of BTC, noting:

“Data suggests otherwise though, HODL-ers throughout the past 3 ATHs have not been selling in significant portions. 60% of BTC has not moved for more than 2 years. Even if that were to be true, the long time supply of BTC will eventually equal the mining (new) supply.”

Market data from Glassnode similarly suggests hodlers have been consistently accumulating Bitcoin ever since the price of BTC flash-crashed to $3,600. 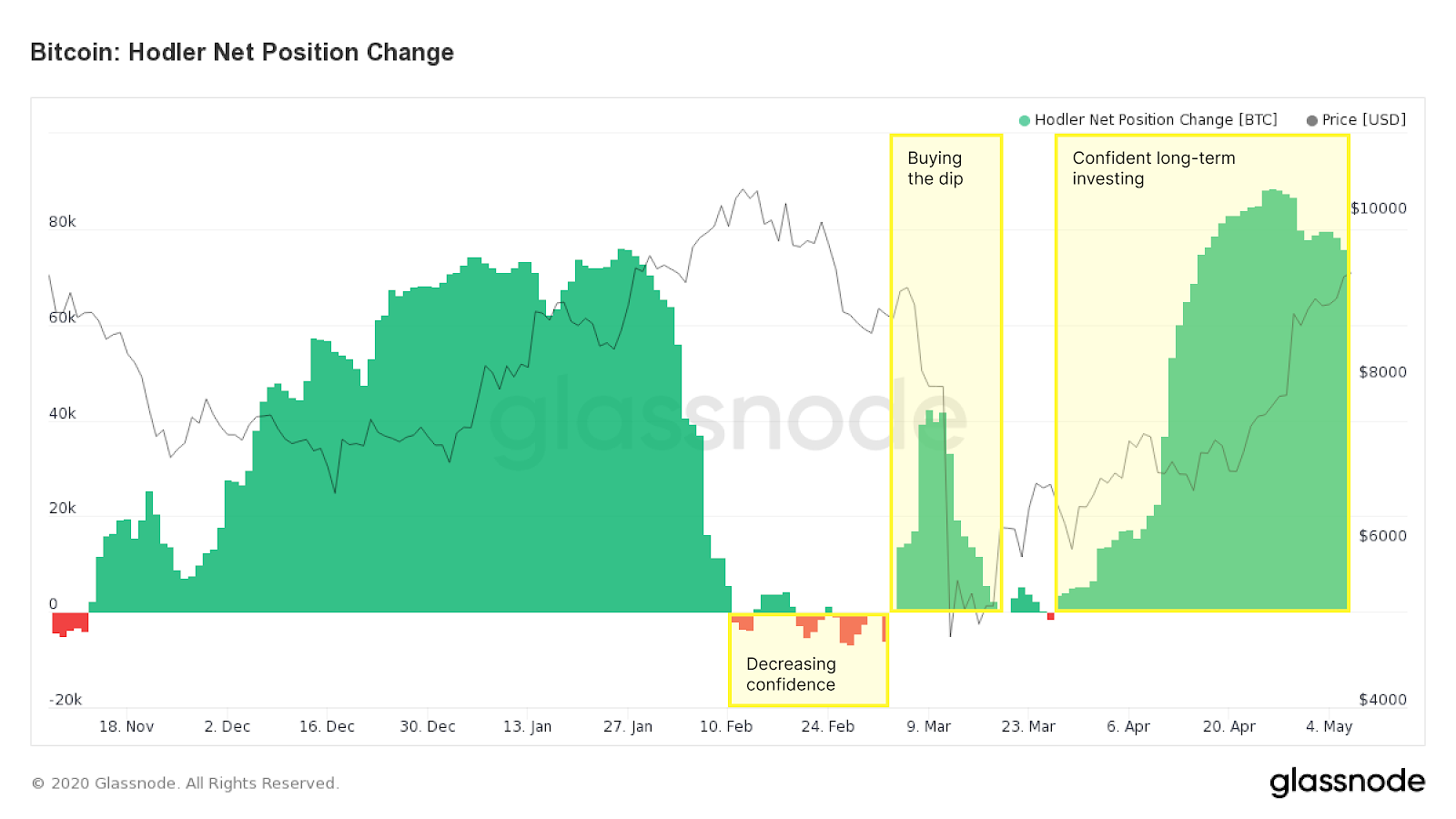 Hodlers accumulated Bitcoin even more as BTC dropped to $3,600 in March. Source: Glassnode

In the last eight weeks leading up to the halving, Glassnode researchers explained that hodlers added to their positions with expectations of a higher Bitcoin price post-halving.

The absorption of $90 million in daily selling pressure would sustain BTC at $100,000, but not lead to an upsurge to that point.

For Bitcoin to hit $100,000, it would need to achieve a market capitalization of $2.1 trillion. That is around 25% of the market cap of gold. In other words, the perception of Bitcoin as an established store of value has to increase and institutional, retail, futures and options market activity will have to reach new levels.

Bitcoin has seen some progress in being recognized as a store of value in recent months. JPMorgan became the first major bank to reportedly open accounts for cryptocurrency exchanges and Grayscale saw record institutional activity in the first quarter of 2020.