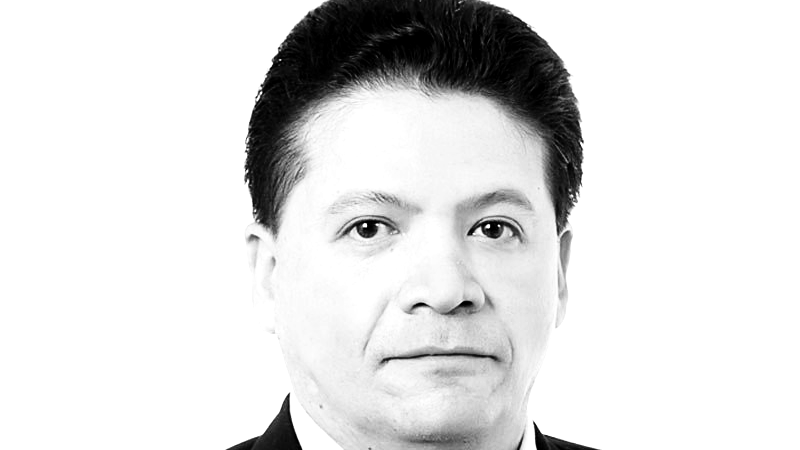 In 2014, the Central Bank of Bolivia prohibited the use of cryptocurrency. It was the first in a string of events that drove one crypto developer underground, where he's been using an old grade-school pseudonym, Berzeck, to avoid authorities.

In March, as a chief developer of NULS, a blockchain solutions platform for businesses, “Berzeck” crafted and unveiled the Nerve Network, which creates a bridge to the Bitcoin blockchain. That’s a pretty big deal because it’s an interoperable platform, like Polkadot, that can help expand non-tech companies’ use of blockchain tech. Though NULS isn’t a name brand stateside, it has a big following in parts of Europe, Asia, and South America—and just got its first North American listing with BitMart.

Now, as NULS prepares to take the next step in its evolution and allow Bitcoin staking on Nerve next month, a change of political regimes in Bolivia has allowed Berzeck to use his real name—Mario Blacutt—to promote the venture.

Before there was Nerve or NULS or even Bitcoin, there was Evo Morales, the political activist who became president of South America's poorest country in 2006. Morales was many things: a socialist, a coca farmer, and a champion of Bolivia's indigenous population, of which he was a member.

Rising to prominence on an anti-imperialist, populist agenda, Morales was viewed as an enemy to entrenched institutions and established interests. But, Blacutt told Decrypt in a recent interview, the Morales government also dogmatically wanted the type of control that a decentralized technology can't provide. So, instead of embracing Bitcoin, it banned it.

That same year, Blacutt—then a software developer—bought his first Bitcoin and the troubles started. His bank accounts were closed, his credit cards rendered void, and he could no longer apply for loans. Not yet a blockchain developer but worried about where things were headed, he dusted off the old pseudonym, once reserved for video games and social media handles, and began using it full-time for his work.

NULS to bridge Bitcoin and Ethereum with new network

"There was an Atari game…called Berzerk, and I liked the name, so I tweaked a few letters and it sounded nice," Mario Blacutt said of his pseudonym in a Zoom interview with Decrypt from Bolivia.

The name change was meant to prevent government overreach. According to Blacutt, it could have been worse. He was still able to buy Bitcoin by wiring money to a bank in Peru, where Bitcoin is legal, and then on to a crypto exchange. "I am glad they were not too bright to track my actions because mostly they didn't have any idea how crypto works underneath," he said.

Cryptocurrency has a storied history of pseudonymity, beginning, of course, with Satoshi. Even today, there are prominent crypto personalities, such as Ethereum maximalist @antiprosynth, whose identities are unknown.

The subject of pseudonymity came to a fore this week when “Scott Alexander” (not his real last name), the author of popular blog Slate Star Codex, deleted all of his posts when a New York Times reporter writing a profile on the site got ahold of Alexander’s real name and notified him that it would be used in the piece in line with the Times' editorial policy. Alexander, a professional psychiatrist, wanted to remain pseudonymous, in part, to avoid coloring his patients’ perceptions during therapy.

It’s precisely for reasons like those that Coin Center co-founder Balaji Srinivasan is working on solutions to better integrate pseudonymity with online life. People can have an online persona completely separate to their professional persona.

Former Coinbase CTO: “Pseudonymity is as important as decentralization”

But without knowing their true identities, one can only guess what many pseudonymous actors' motives for staying shielded are. With Berzeck, we know—it's political. Which is somewhat ironic for a developer who calls himself a pragmatist and can find positives even within the socialist government he opposed. "Regulation of monopolies is a good thing," he said. "Not entirely a free market because as everything in life, there should be a good balance, a good compromise to search for the most efficient solution."

He brings that same spirit to his work with NULS, which aims "to implement a framework where companies can build their business solutions to blockchain."

According to Blacutt, companies aren't going to adopt blockchain tech because of the ethos or ethics—it's about the bottom line. So, even when the goals of blockchain and business align, you have to speak their language. Said Blacutt: "You need to understand how companies think and what to offer to them. And that's what I am trying to impose in NULS. [I] don't care about dogma, nothing. We have our goals and we will use the most pragmatic way to achieve them."

In the end, ideological dogma may have doomed Morales. He was forced out of office in 2019, after weeks of protests in the wake of a disputed election.

If not for that, Blacutt thinks Bolivia might have gone the same route as Venezuela and developed its own digital currency: "I'm sure they were waiting to see what happened to [the] Petro and follow those steps because sooner or later, this type of regime wants to bypass sanctions imposed by countries."

Though the transition government hasn't worked to change the law as Bolivia is focused on stemming the coronavirus pandemic, Berzeck no longer fears going by Blacutt: